Well, a far more friendly and less intimidating opening to the shows in this set of sleb specials was the first thing I noticed. Rather than being filmed sitting quaking in their chairs as John reminds us who they are, each is introduced and clapped onto the stage. Quite right too. OK, then, a quick reminder of the format – we must remember that this is Mastermind – Lite, so the slebs all faced 90 seconds on specialist, and 2 minutes on GK – not unlike the semi finals in the regular series, although the questions in that tend to be quite a bit harder.

First up was Emma Barton – probably best known as Honey in Eastenders. Answering questions on behalf of The Downs Syndrome Association, Emma offered us the Carry On Films. If anyone was looking for omens, this is the subject that Sally Lindsay took when she won her Sleb show back in 2009. You have to say that Emma didn’t manage to show quite the same depth of knowledge that Sally did all those years ago. 6 doesn’t sound like a particularly good score, but you have to remember that this was achieved off 90 seconds, and so was actually a bit better than it looked.

Tony Marshall, batting for the African Caribbean Leukaemia Trust, has been a regular feature on BBC’s Casualty for the last 8 years, and his specialist subject was Richard Pryor. Back in Ian’s regular series we saw this being taken as a specialist subject. Tony perched intensely on the end of his chair, and while he didn’t quite rattle off a perfect round, in the context of the show you couldn’t help thinking that a score of 8 didn’t look too bad, and would at least give him a shout.

I think that I can say with some degree of confidence that Zoe Lyons is – so far – the only person to be a contender in both Sleb Mastermind, and Survivor. Remember that show? I guess the best way of describing it was that it was sort of - I’m Not A Celebrity – Get Me Out Of Here. Well, she wasn’t a celebrity back then. I won’t go on about the show – if you want to know more, just google it. Zoe was representing The Sussex Beacon, and answering on Quentin Crisp. I once had a meeting with the Englishman in New York in a street in Chelsea. That’s another story, and it didn’t feature in the questions. Zoe managed to answer 7 of these correctly.

Wales’ finest, Jamie Baulch, stepped up for Barnardos, answering questions on Prince. It may just have been me, but it seemed to me that for a 90 second round there was a noticeable bias towards Prince’s early stuff, which really put Jamie onto the back foot from the start. Points were not easy to come by, and Jamie finished with 3.

It can’t have been easy for Jamie to have to walk back to the chair so soon after his previous round, but he did so with a smile on his face, and he gave it a lash – and I’ll be honest, that’s pretty much what you’re looking for in a sleb round. He finished with 7 points. Emma did slightly better, managing to add 5 more points to her total to finish with 11. I had a feeling that Zoe Lyons might well be the pick of the contenders for this show. While we’ve seen a few comedians make a bit of a dog’s breakfast of their own appearances in the past, the majority have done pretty well – I’d guess that an ability to think upon your feet is pretty much an essential for a successful stand up. Zoe whacked in 10 points. It wasn’t a monster of a round, but it put her way way into the lead, and certainly gave Tony Marshall something to think about. As for Tony’s round – well, it wasn’t great. I think he realized early doors that he wasn’t going to do it, because he started arguing a bit with John, which is always entertaining for the audience. In the end he finished with a total of 13. So, well done, Zoe. 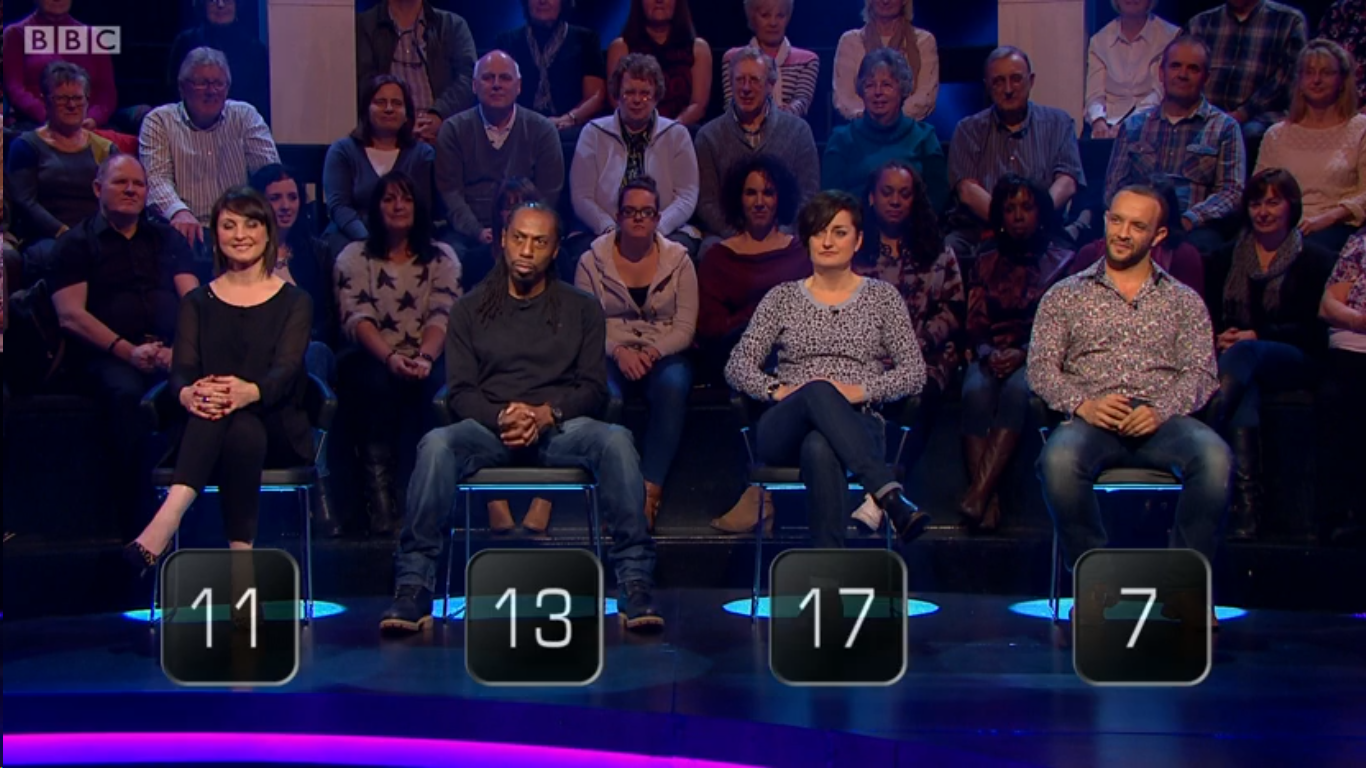 I've missed a few episodes of normal Mastermind this series, and already gone from iPlayer! Is there anywhere I can catch up? Is there anyone who has them who could put them on YouTube or something?

Are you not going to be reviewing Christmas University Challenge? It's much closer to real quizzing than this puerile shite.