If you read the last post, you might be wondering how I came to hear that Daphne is a fan of the blog. Well, if you don’t particularly enjoy people name dropping may I respectfully suggest that you look away now.

Right, now they’ve gone, let me tell you about a fabulous quiz event I attended. Regulars might know that for the last two years I’ve participated in a charity quiz for the GetConnected charity. The GetConnected Charity is a charity which provides help to young people aged up to 25. You can imagine that as a father of 5, and a teacher this a cause which is close to my heart. They’re a fantastic cause, and if you’d like to learn more, or even make a donation, then follow this url to their website: - http://www.getconnected.org.uk/charity

My part in the evening involves being introduced as a Mastermind champion , and then auctioned off to help teams for one of the five rounds. I was unable to attend the quiz in September for the telecommunications industry companies, but thankfully I was invited to the inaugural quiz for companies in the energy industry . Also for hire was none other than the People’s Choice, otherwise known as Dave Rainford, the newest Egghead. I’ve met Dave once or twice before, and we’ve been internet friends for a while now, but I have to say for anyone who wonders, what you see on the TV is what you get in real life. Dave is a great guy, and was terrific company during the evening . This is not to ignore the fact that he’s also a terrific quizzer, which goes without saying. 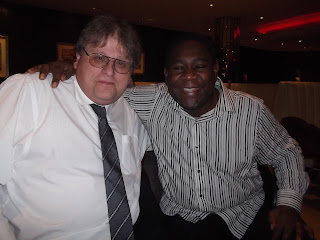 Host for the evening was Nick Hancock, from “Room 101”, “They Think It’s All Over” , “Duel” and “Breakaway”. I’m afraid that I am far too self obsessed to be able to resist the opportunity to tell him about my audition for the last series . 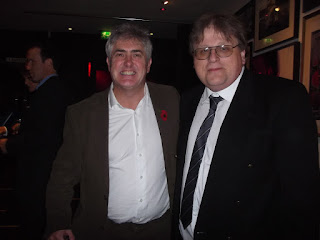 Here's an irony for you. In my previous post "The Faffing Around Quotient" I mentioned Len Goodman, head judge of Strictly Come Dancing. I filled in an application form a couple of weeks ago, and one of the sections asked you to 'name a guilty pleasure'. I put down Strictly Come Dancing, alhtough I don't feel all that guilty about it, to be honest. Now, I wrote both of these things before I had any idea that there was going to be a host of the stars of Strictly Come Dancing at the chairty quiz. I must pay particular tribute to Anton du Beke, who not only allowed himself to be auctioned for the Entertainment round, not only performed a dance in a pretty small area with Erin, but also took it in good part that one of the questions involved the lowest ever score in Strictly Come Dancing , which was his, and can probably be seen on the DVD of Strictly Come dancing – The Widdecombe Years – if such a thing exists. Perish the thought. 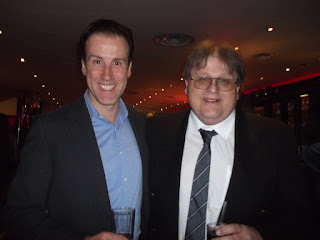 There was also a Sports round. For this round teams could bid for the services of Dave and me, of course, and also Ray Parlour, Paul Walsh, Ronnie Irani, Alan Brazil, Mike Tindall and Matt Dawson and Phil Tufnell.

I must pay a tribute here to Matt Dawson. Off their own bat he and Tuffers put up a day in the Question of Sport studios for a party of guests, with full access to the Green Room. Matt auctioned it, and he was terrific, and the amount raised by this one act of generousity was thousands of pounds. 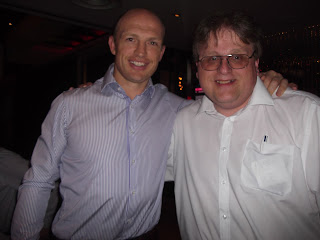 I must say about Matt as well, that he comes across as such a nice guy when you talk to him. My daughter was with me, and rather than just posing with the two of us he stood there and chatted with us, and basically made us feel that he was just as interested in us as we were in him. Matt, if by any chance you read this, I was always a fan anyway, and an England Rugby world cup winner can do little wrong in my book anyway. But I have to say that you, sir, are a class act.

I have to say the same for Kara Tointon. For the uninitiated , Kara, who is probably best known for her role as dawn in “Eastenders” won the 2010 series of Strictly , and I believe that she is now in a relationship with her then partner , Artem Chigvintsev, who was also lending his support to the evening. Dave , I and Kara were all ‘bought’ by the same team for the final round – and I’m glad to say that we delivered a full house for our generous hosts. Kara , like Matt, to us as if she was far more interested in us than we were in her, and just generally made you feel that she really meant it when she said that it was a pleasure to meet you. A really lovely lady. 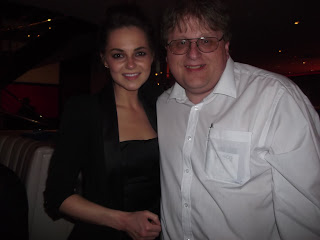 In fact all of the celebrities managed to make you feel that you were doing them a massive favour just by asking if you could have a photograph with them. That’s classy.

In a way, I almost wish that there was some bad point of the evening I could tell you about, so that I could end this piece on a bit of a downbeat, since I know that I’m gushing here. But I can’t. I loved it all, and yes, if I come across as a star struck fan, then that’s probably because I was.

I love my quizzing – and I hope that you can tell this from reading just a few posts in LAM. I would be quite happy and still enjoy my quizzing if it never took me more than a few miles away , from the Aberavon Rugby Club, to the places I play in the Bridgend Quiz League. But when an evening such as this comes about through my quizzing, well we’re not just talking about icing on the cake. This is the cherry on top of the icing, and the sugar on top of the cherry. There was also the little fact that I believe that the evening raised a staggering amount of money for GetConnected. Absolutely amazing – an evening I won’t forget in a very long – well, no. An evening I won’t forget. Period.

Here's some more of the photos of the evening 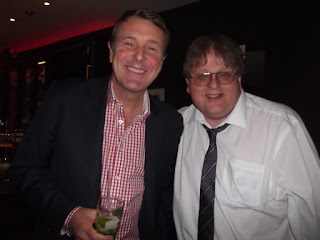 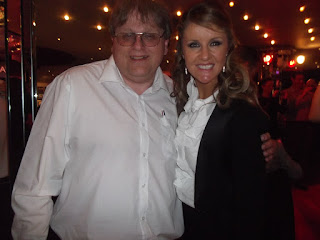 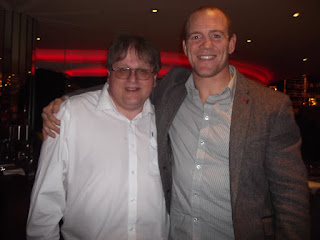 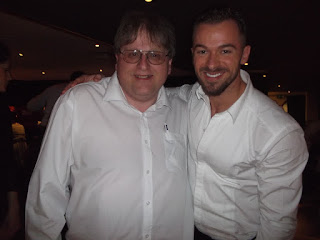 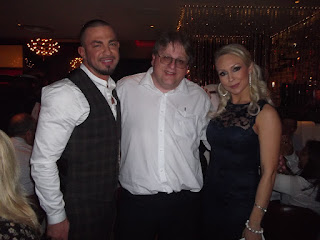 It's coming from my insider source and it's all a little hazy still but...

...grabbing data via spiders from all the bookies on the net in
seconds, crunching numbers and spitting out awesome predictions with
80% accuracy and higher.

Here's a video I was able to obtain... thought I'd share it with you :)

Those seem to be REAL predictions identified by the software, and the
percentage next to the play is the gain you make when you make the
bet!

I could not believe it's possible. I thought it might be a bug, but
word on the street is that it's real.
If it is, then we might be in for a real treat! I'll stay on the case
and let you know more as soon as I speak with the developers!

In the meanwhile, check out this crazy video: