I haven’t really had the time to post since last Saturday, but now that I have a little it would be remiss of me not to pay tribute to LAM reader Stephen Cooke, who won the Brain of Mensa final in the Mensa Games finals weekends last Sunday.

The final, for which the estimable Brian Daugherty both compiled the questions, and acted as question master, was contested between Stephen Cooke, previous multiple champion Les Hurst, Ian Dalziel and me. Both Stephen and I were playing for the first time in the competition.

I was under no illusions that I was going into the final as anything other than an underdog, having seen just how good Les was when he beat me in the semi final. As it happened, Les was a couple of rounds getting into his formidable stride in the final, while Stephen led from the first round to the last. I have to take my hat off to both Stephen and Les. They were playing and supplying answers at a level which I couldn’t match, but could only admire. In the end Les was runner up , and I came third. If you know me then you’ll know that I would have loved to have won, but could have no complaints about the outcome, and to be honest, I’d really just wanted to get to the final in this, my first year. So congratulations, Stephen, and well played as well to Les, and also to Ian. Hopefully see you next year. 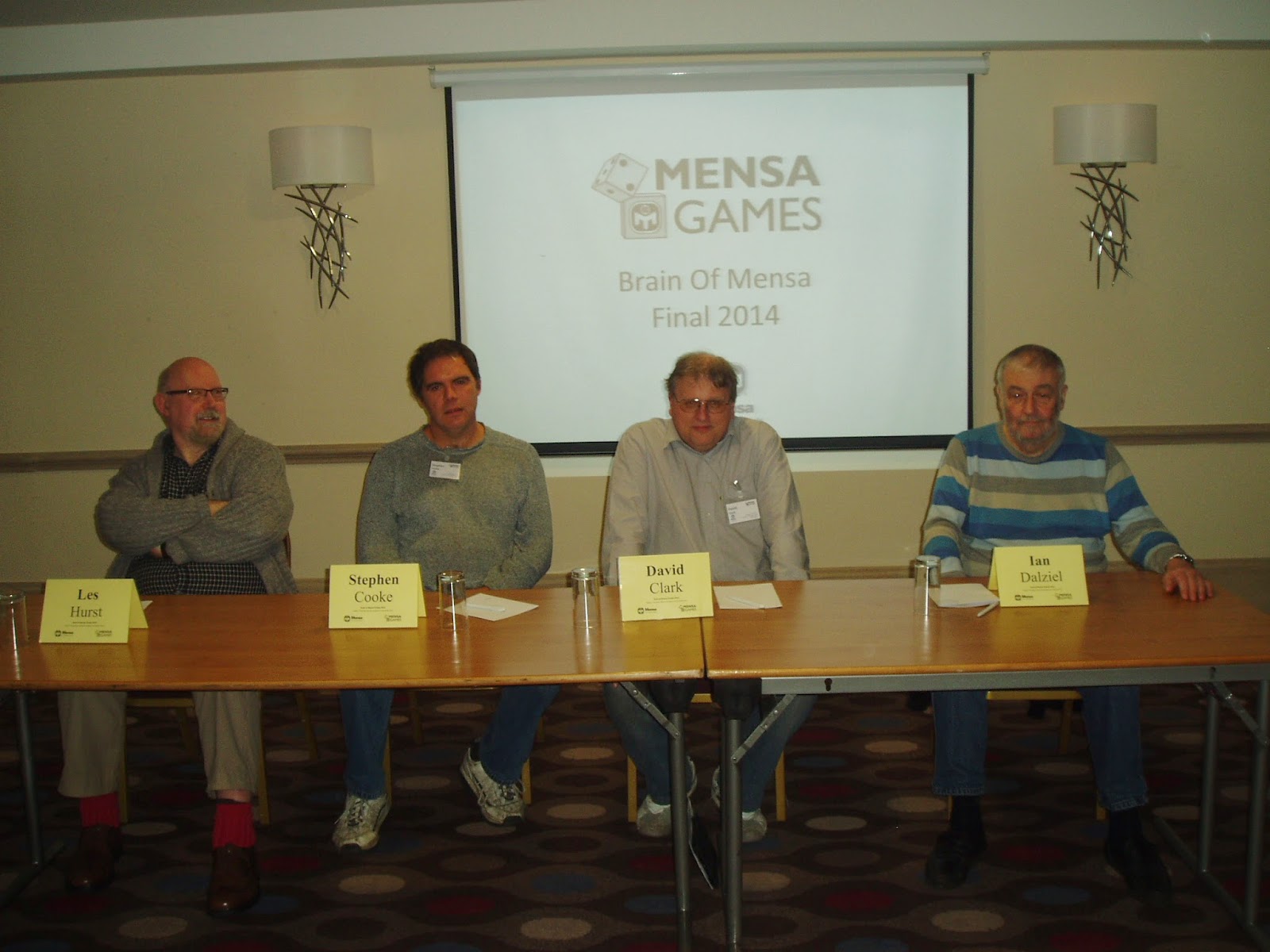 I think you do yourself a bit of a disservice as you finished as strongly as anyone and I can think of at least two answers you passed up on which came to you a few moments later. And anyone who has a Mastermind bowl on the mantelpiece simply can't be ranked as an underdog, no matter what the opposition.

Anyway,in the words of my mate, you're someone he could imagine going out for a drink with and I concur wholeheartedly (and you can't say that about everyone you meet). Keep up the sterling work with the blog and all the best for the future.

Hi Steve
Thanks for taking the time and trouble to comment!
No, this isn't false modesty, by halfway I thought you and Les were both getting some fantastic answers, and I knew that some of yours and Les' questions I couldn't have answered. As for getting lucky, well, I believe that you make your own luck, and at the end of the day luck tends to even itself out amongst all the players anyway.

I like the idea of that drink - mine's a diet coke by the way!

Look after yourself, and hopefully see you again next year, if not before.

All the best, and thanks.