What an interesting match up. The Trinity team of Matthew Ridley, Filip Drnovšek Zorko, Richard Freeland and Ralph Morley were awesome in their first round demolition of a very good Christ Church, Oxford team – a team good enough to get through the repechage round into the second round in their own right. In the second round it wasn’t until the final phase of the match that they managed to get away from Peterhouse, Cambridge to win by 240 – 110. Their opponents from Manchester, Ed Woudhuysen, Joe Day, Jonathan Collings and their captain Elizabeth Mitchell, knocked out Brasenose in the first round, then comfortably defeated Queens, Cambridge in the second, breaking the 300 point barrier to do so. So our first match of the quarters looked to be a real clash of the titans, two teams of triple centurians going at it hammer and tongs.

Ed Woudhusyen scored first blood by recognizing the Queen of Sheba for the first starter. A full set on Time Magazine Persons of the Year was a statement of intent from Manchester. I considered doing a lap of honour around the living room when I knew about Boolean algebra for the second starter, but knew it would leave me out of breath at the moment if I did so. Joe Day didn’t do a lap of hour either, and he had it as well. The bonus set which followed on works about decision making by economists yielded nothing to any of us. Now, last time out Trinity made it hard for themselves by making a slow start. Determined not to let lightning strike twice in the same place, Richard Freeland buzzed in with the answer that Karl Zener designed cards which were used to test for ESP. I took a full set on opera, which was a bit of a surprise for me, and Trinity took two. Ralph Morley knew a group of people all awarded the title of Kentucky Colonel. It was his first starter, but it wouldn’t be his last. One bonus on astrophysics brought them level with Manchester. I had a couple – Heaven alone knows where I dredged up neutron star from. The picture starter, showing the original member states of the European Community, was a real buzzer race, and it was won by Joe Day. For the bonuses the team had to identify the years that other groups of states joined the Community. They managed the 1973 group including the UK, but the trickier others eluded all of us. LAM reader Filip Drnovšek Zorko struck for the first time in the contest knowing that the Defenestration of Prague began the Thirty Years War. Bonuses on Popes gave Trinity three very good bonuses which meant that they led by 60 to 50 right on the cusp of the ten minute mark.

Jonathan Collings, who had had a quiet evening up to this point, knew that the London 2012 Olympics Aquatic centre was deisgned by Zaha Hadid – incidentally one of my absolute favourite contemporary architects. Bonuses on mining followed, and one correct answer gave Manchester back the lead. Richard Freeland knew various connections to the name Wolfram, which earned Trinity a set of bonuses on clerihews. My favourite clerihew is : -
Cecil B. DeMille
Much against his will
Was persuaded to keep Moses
Out of the Wars of the Roses 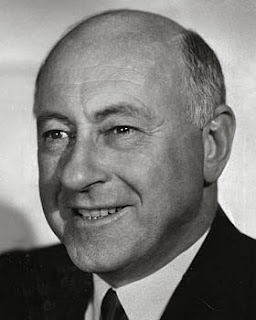 No? Well, please yourselves. This wasn’t one of the ones on offer to Trinity,but they took all of those that were. Ralph Morley knew the term ‘lame duck’ politician, which brought bonuses on the reign of Henry III. Two of these were taken. Filip knew that the ratio of consonants to vowels in audacious is 1:2. Suddenly the gap was widening, as Trinity had taken three starters in a row. Bonuses on art brought another ten points. Matthew Ridley was in extremely quickly to identify Zadok the Priest for the music starter. Three more pieces followed, each taking their title from a figure from ancient history, myth or legend. Trinity had all of them, but what I want to know is why Ralph Morley immediately associated Katchaturian’s Spartacus with The Onedin Line?! He’s far too young to make that connection! In the space of just about 5 minutes the gap had widened to 85 points, and Manchester were going to have to throw caution to the wind on the buzzer. Richard Freeland knew that Cain was exiled to the Land of Nod, though, beating Manchester to the buzzer. Biology bonuses promised me nothing and delivered exactly what they promised. They were enough to take Trinity’s lead into three figures. Joe Day went for a flier on the next, and was rewarded when he correctly identified NASA’s Viking missions to Mars. Football bonuses on Sir Stanley Matthews provided a full house, and pegged back the lead a little. Emboldened by his previous success, Joe Day took a double, knowing that the Philippines are named after Philip of Spain. Bonuses on the verb – to be – in Romance languages sounded harder than they actually were, but they still needed to be answered, and they had the lot. The gap was down to 55. Joe Day was having a purple patch and took his third early buzz in a row. He knew that the words ‘Isti Mirant’ appear on the Bayeux Tapestry – Isti Mirant Stellam – Here they wonder at the star. Why yes, I did have my highest ever Mastermind score of 17 on the Bayeux Tapestry, thanks very much for reminding me. Bonuses on poisons brought the gap down to 35. What a good fightback. Ralph Morley took a flier himself, answering ‘Margaret Thatcher” to the question “Which British Prime Minister of the 20th century held the position for the –“. More on that later. Bonuses on French land borders brought another ten points. The 20 minute mark had just been reached, and Trinity were still leading, by 190 to 135.

The second picture starter offered us a portrait of Evelyn Waugh, and Ed Woudhuysen was in with the answer. Portraits of three more bright young things of the 20s and 30s. 2 were taken. For the next starter Richard Freeland won the buzzer race to say that Exodus comes before Leviticus. Probability Theory promised little but brought both of us a full house. Joe Day was doing a sterling job for his team, and he was in early to identify a Dutch physicist who did something or other. Stop me if I get too technical. Bonuses on the Commonwealth provided antoher ten points, and kept the gap at less than two full sets. Given the quotation “Age cannot wither her. . . “ Elizabeth Mitchell miscued. Given a free run at this one Filip gave the correct answer of Cleopatra. World leaders gave them a full house, and the gap was beginning to stretch ominously again. Who else to step to the rescue but Joe Day? He knew that, listed alphabetically, Arabic is the first of the 6 official languages of the UN. Bonuses on word definitions promised much and delivered 2 correct answers. For once Joe Day couldn’t supply the correct answer to his early buzz for the next starter about stars, and Richard Freeland knew that the stars in question are all variable. Fair enough. Coniferous trees brought another full set to Trinity. Ralph Morley knew that the tune Cranham was composed by Gustav Holst. No bonuses on stock exchanges were taken. It’s a measure of the quality of the contest that I think that it wasn’t until these bonuses that JP issued his first hurry up to either team. Jonathan Collings knew that Richard D’Oyly Carte founded the Savoy theatre and Hotel. Bonuses on prisons took them through the 200 point barrier. Montis Insignia Calpe appears on the arms of Gibraltar. I didn’t know it, but Ralph Morley did, but there was no time for any of the bonuses on herbs and spices to be asked. Trinity had run out deserved winners with 285 to 205. What a contest! 490 points scored between the two teams. JP paid his own tribute, saying that he’d just about run out of questions. Fantastic show – well played both teams.

JP started off in end of the pier comedian form, suggesting that the honorary title Kentucky Colonel “makes them sound like joints of chicken, doesn’t it?2 Hmm. Don’t give up the day job.
Sometimes in a show JP and a specific team seem to get on the same wavelength. Asked what genre of Japanese block prints influenced Whistler Ralph Morley apologetically offered “Lithograph”. Our hero chuckled and gently chided with, “No and you know that’s wrong, don’t you!”
Well into the second phase of the contest JP was still chucking in the odd one liner – when it was revealed that Stanley Matthews played his last League game at the age of 50, the 63 year old replied, “Yes – it’s not very old though.”Quite ( my 50th is in June). JP was most impressed with Ralph Morley’s early buzz on the Thatcher question. Not that he voiced his admiration in the most complimentary of terms: -
“How on Earth did you know I was going to ask for the longest period of time?” Shades of Alex Guttenplan in Ralph’s answer,
“Well, what else is it going to be?!” You tell him, Ralph! – I shouted in approval. JP took this retort with all the grace he could muster,
“Alright, let’s see how you do on this set of bonuses. They’re on French land borders, you smartarses!” Put the handbag down, Jez, there’s a good chap. Needless to say he couldn’t refrain from rubbing it in when they had one of them wrong
”See – not all so easy, are they?!” Well, they are when you’re holding the answers in your hand, Jez. They do say that the bigger the occasion the more the tuly great performers rise to the occasion. When Elizabeth Mitchell miscued, offering “King Lear” for “Cleopatra” JP had no intention of letting that one pass.
”Are you mad?!” he asked, by way of consolation. It’s been a while since he’s brought that one out.

Nord is the most populous French Department
Posted by Londinius at 05:14

This was a seriously good match. Both teams played very impressively, and there was plenty of humour along the way too. Mr Morley's answer and subsequent retort (which has split opinion online) will surely not be forgotten quickly.

As was pointed out by Jim G. over on JOW, there were no starters dropped all night. The bonuses were impressive too: Trinity converted 29/39, Manchester 21/33. Those are very impressive stats.

Well done to Filip and co again, and I'm sure they'll make the semis if they keep playing like that. Same with Manchester, provided they don't draw another very good team in their next match.

Yes, a great show. Manchester are by no means down and out, and they still could make the semis. That was more like what we saw from Trinity in the first round. Prospective champions? Well, any team still in are prospective champions, and I have no wish to jinx them or anyone else.