In heat 2 of this absorbing and high quality series we saw three Magnus champions pitted against just the one Humphrys champion. 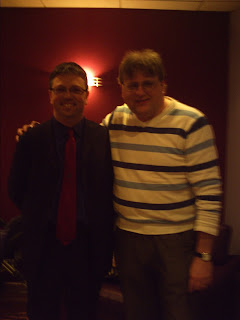 First up tonight was Gavin Fuller.

Gavin still holds the enviable record of being the youngest ever Mastermind champion. He won the series in 1993 at the ridiculously young age of 24.

Gavin revealed that he is currently the secretary of the Mastermind Club, a pretty unique institution for which the only entry requirement is an appearance on Mastermind.

In 1993 Gavin’s subjects were Dr Who, the medieval castle in the British Isles, and in the final, The Crusades. Tonight he opted for a change of pace, answering questions on Mike Oldfield. Ah – Tubular Bells !. I never knew that it was Viv Stanshall who acted as master of ceremonies announcing each of the instruments on that record. Gavin did, though, and every single other question he was asked, scoring a magnificent perfect 19. 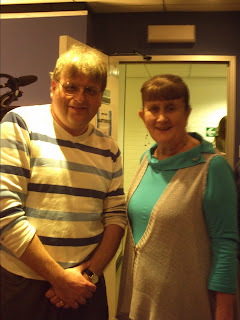 The second of tonight’s Magnus champions was a former holder of the title of youngest champion, Elizabeth Horrocks.

Elizabeth was the third champion, following on from Nancy Wilkinson and Patricia Owen. Its been said before that several wags suggested changing the name of the show to Mistressmind after Elizabeth’s win.

In 1973 Elizabeth answered on Shakespeare’s plays, the works of JRR Tolkien, and for the final, the works of Dorothy L. Sayers. Tonight she offered The Legends and Literature of King Arthur, a very wide subject, I thought. After a slightly shaky start Elizabeth rallied very well, and finished at a full gallop with 13 points and 3 passes.I must mention something that Elizabeth said in her filmed insert, that I think it was 8 out of the first champions were educators of one form or another. How times have changed.I think that I’m the only teacher winner of the Humphrys era so far, which at least gives me a certain novelty value, if nothing else. 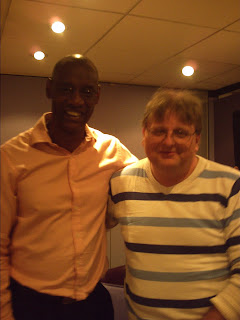 Shaun , we all know, is one of the chasers on ITV’s excellent The Chase. I was surprised but pleased to see the BBC showing a clip of Shaun from the Chase, tacit recognition from the BBC that The Chase is a worthy show and deserves to be taken seriously.

I was rather moved to see Shaun say that he had tears in his eyes when he won. I didn’t in 2007, but only because I was in a state of total disbelief for several hours, if not days, afterwards. In 2004 Shaun’s subjects were UEFA Champions League finals, England at the UEFA Fotball Championships and FA Cup Finals since 1970. No football subject for Shaun tonight , though, as he took the TV series Frasier. A daunting prospect since they made 264 episodes ! All of which makes Shaun’s perfect round of 17 exceptional. A superb performance. 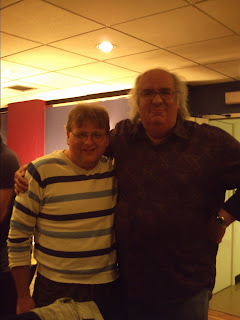 Our third Magnus champion, and second TV regular, came next, and one of the most well known of all the Mastermind champions, the great Chris Hughes.

Now, thinking back to Elizabeth’s filmed insert, and her point about the professional credentials of many of the first champions, Chris was the second champion whose arrival signalled a great sea change. In 1980 Fred Housego was the first winner from outside the traditional winners from the professions, eg Education or the Civil Service. Then in 1983 London Underground train driver Chris proved that Fred was no aberration.

Well, Chris has gone on to other things, among them Eggheads, and was fancied to do well going into the series. Chris answered on British steam locomotives from 1900 to 1963 in both his first round and final, and for his second round answered on The Flashman Novels of George Macdonald Fraser. Tonight as was his prerogative he reverted to his final subject, well, pretty much, although he added 5 years to make it British Steam Locomotives from 1900 to 1968. It was nice to hear Chris describe the black chair as actually very comfortable. I’ve always thought so too, although admittedly today’s chair is not the same one as in the original series. Chris put on a fine performance , he had a couple wrong surprisingly, but answered so quickly that he still managed to score 15 and no passes.

So going into the GK Gavin had the whip hand, but an advantage of 2 points can be overturned, and nothing was guaranteed. Elizabeth returned first to the chair. John correctly said that in a normal game her 13 would be a high score. Elizabeth was annoyed with herself for answering swift rather than swallow, and birdie rather than bogey, but kept her sense of humour, and kept picking off answers. By the end of the round she had scored 8 and 5 passes, to take her total to 21 points. Chris followed Elizabeth into the chair, and started confidently. Never a sports fan, he missed Joe Frazier as the 1964 Olympic Heavyweight champion, but kept his nerve well with a tricky set of questions, and kept picking off answers to keep his score ticking along. At the end of the round Chris had added ten and three passes to take his score to 25.

Its all subjective, I know. What I think of as a difficult round, you may quite like. But I do sometimes watch an edition of Mastermind and think – Thank God I never got asked a GK round like that ! – Well, I’m sorry to say that Shaun was given just such a round last night. Don’t take my word for it, ask the other contenders in the show and they will tell you the same thing, I’m sure. He took the first question well, but them the second one saw him stumble, and all his rhythm was lost. Then nasty question followed on nasty question, with just the odd one or two giving any chance for picking up points. By the end of the round Shaun had taken his score up to 22 points.

Gavin, then needed a modest total of 6 and up to 2 passes to progress. Still, if Shaun’s questions were anything to go by then this was by no means a forgone conclusion. He took exactly the right tactics, getting a couple wrong along the way, but taking a measured approach, picking up the points that were there to be picked up, and making sure of the win. By the end of the round he had added 2 passes and 9 points to his score, making a total of 28. Very well done, Sir, and commiserations to the other champions. So far the final is nicely balanced with one Humphrys champion, in the form of Jesse Honey, and one Magnus champion, in the form of Gavin.