The Fine Art of Keeping Your Gob Shut 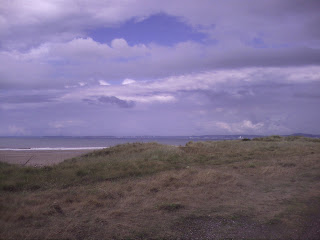 Today is the first day of the school holidays for the County Borough of Neath and Port Talbot. I say this for two reasons. For one thing I can’t resist mentioning it because I know that it upsets my non-teaching friends whenever I mention our 5 plus weeks of summer holiday. However it also explains just how I was able to be walking in Kenfig Nature Reserve at 11:30 on a Thursday morning. No work, the sun high in the sky, and a walk during which I saw only my second peacock butterfly of the year. What could be better ? Well, all of the above and having won two quizzes this week rather than losing them by a combined total of 1 and ½ points would have been nice, but nobody can have everything.

I don’t mean to go on about this, but I know what I’m like, and if I don’t force myself to take some regular exercise during the holiday then I’ll be in trouble. I could laze for Britain. I have no problems with justifying this to my nearest and dearest, for example I could give you very good reasons why I DON’T CARE IF WE NEED TO GO SHOPPING, CAN’T YOU SEE THAT IT IS ABSOLUTELY ESSENTIAL THAT I FINISH READING “THE GIRL WHO PLAYED WITH FIRE” BY THIS EVENING !, for example. Yet I’ve resolved to not just sit on my backside for the whole holiday, and so an hour’s walk across the dunes and down to the beach was just what the doctor – or in my case the Practice Nurse – ordered. I’ve been doing this at the weekend ever since I was diagnosed, and I’ve no doubt that its done me some good. So much so that I now find that after 20 minutes walk I’m so comfortable that I’m on auto pilot , and the mind starts to wander off into some strange places.

Last night Mrs. L. and I were invited to a dinner party given by my colleagues and friends, Les and Gill. They are absolutely the perfect hosts, and to say that we all had a good evening would be an understatement. Why I mention this is that during the walk today I found my mind kept drifting back to one little anecdote my Head of Department told over the dinner table. You may already be aware that I’m rather fond of old teacher stories, and this one tickled my fancy . It concerns a student teacher. He was teaching “Macbeth” to a good class of 15 year olds. Now, as you know Shakespeare’s use of language is exceptionally rich, and at times can be quite confusing. The class were analysing the start of Act 1 Scene 3, where the witches are awaiting the arrival of Macbeth. The first witch is explaining how she has just been insulted by a sailor’s wife, and so she is going to take revenge on the woman’s husband, who is the master of a ship called “The Tiger”. This actually was a real life ship, whose disaster forms part of the narrative of Giles Milton’s excellent book “Nathaniel’s Nutmeg”, however, I digress. The witch explains how she will torture all the man on the ship, then says,
“Though his bark can not be lost
Yet it shall be tempest- toss’d”

Now, in Shakespeare’s day, a bark, or barque was a perfectly acceptable term for a type of ship. Unfortunately the student teacher didn’t seem to know this. All of which caused a problem when one of the kids asked what these last two lines meant. My Head of Department, who was observing the student’s lesson at the time, observed as a cloud passed across the student’s eyes. Then, his mind made up, he went for it –
“Well, she’s basically saying that she can’t kill the ship’s dog.”

I’m not saying this to take the mickey out of the student, who has gone on to be a very good and successful teacher. I just quote this because it tickled me, and also because it illustrates a point. If he’d just said – d’you know what, that’s a good question, and I’m afraid I don’t know the answer – then he’d have been a lot better off. Even English teachers don’t have to know everything. And isn’t that true of all of us as quizzers at different times ? Be honest, haven’t there been times when you’ve chipped in, and then defended an answer when really and truly you haven’t had an earthly ? Especially considering that one of your team mates has ended up being talked out of a right answer. Oh, the shame of it all. Knowing when to offer an answer, and when to defend your answer are important attributes, but sometimes, to be honest, there’s a lot to be said for knowing when to just shut the hell up.
Posted by Londinius at 07:16